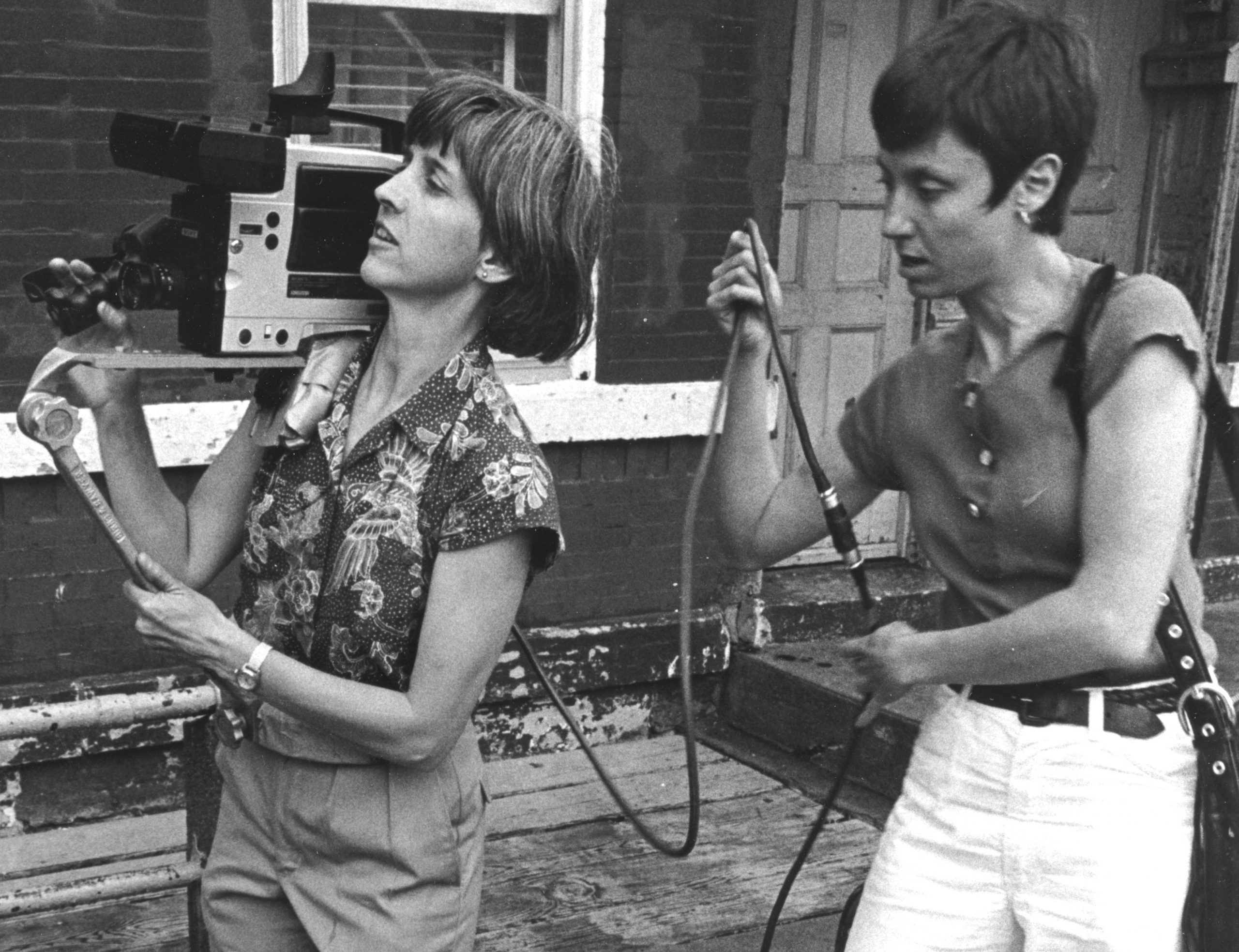 Description: Eleanor Boyer came to video in the mid-1970’s, when portable video was first available to individuals outside of the broadcast profession. In 1974 she and staff at Chicago’s Loop Center YWCA formed a Women’s Video Project to train women in video skills. As a non-hierarchal collective they produced videos on women’s issues.

From 1979 to 1987, as an independent video producer, she worked with Chicago-area organizations, including the YWCA, Latin Women in Action, and the Midwest Women’s Center, to make educational and documentary
videotapes on violence against women, women’s health, women in non-traditional jobs, women in sports and women in the arts.

Boyer sought to promote cultural and institutional change by educating about the issues affecting women’s place in society. The focus of her work was to show the realities of women’s lives and to provide realistic alternatives to female stereotypes that dominated the mass media. Her videos have been used for educational and informational purposes in social service agencies, schools, and universities. They appeared in film festivals, art galleries, and in broadcasts on local TV stations and cable TV. Her work has been screened at Chicago’s National Museum of Mexican Art, and included in major exhibitions at the Museum of Contemporary Art Chicago and at the Art Institute of Chicago.

Boyer was among the initial members of the Chicago Videomakers Coalition, a grass-roots organization formed in 1977 to increase the level of co-operation and technical standards among independent video makers through the sharing of knowledge and production experience. That organization’s role was largely superseded with the establishment of the Chicago Editing Center in 1978, later named the Center for New Television. CNTV became a non-profit regional arts center. It provided video makers with access, at a reasonable cost, to high-quality video production equipment, technical workshops and exhibition space. Boyer was an active member and served for eight years on the CNTV Board of Directors.

In the ‘70s and ‘80s Boyer gave video production workshops at the YWCA, at the Center for New Television, and taught at Columbia College Chicago. She curated or co-curated several shows of independent video for TV broadcast or gallery exhibition. In 1983 she was co-organizer of a local cable arts conference and moderator a at regional conference of the National Federation of Local Cable Programmers.

From 1987 to 2003 Boyer collaborated with her husband, Wayne Boyer. They maintained a film, animation and video production studio in Evanston, Illinois. The majority of their clients were cultural and non-profit
organizations including the Chicago Symphony Orchestra, Northwestern University, the U.S. Environmental Protection Agency and others. Their productions have been widely distributed and recognized with awards.

Our complete collection of Eleanor’s work can be found here.